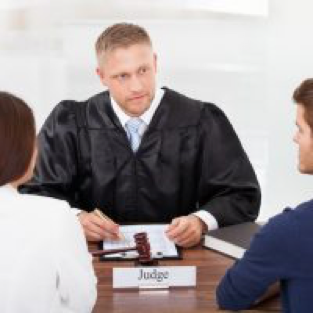 The legal drinking age for America has been a debate for years. There are many things that could be argued on both sides in the name of science and factual evidence as to why the drinking age should or should not be lowered. The United States is one of only twelve countries who have a posted legal age of 21 years, while the majority of the world has legal ages ranging from 16-19 years.

How did it become that almost the rest of the world has kept their drinking ages considerable lower than the U.S.? Is there evidence that the behaviors in young adults differ across countries? Whichever side of the debate you end up on, here are three reasons why the drinking age should be lowered in America and the benefits that might come from them.

Most would argue that adulthood doesn’t actually begin until you are out of your parent’s house, paying your own bills, and maintaining a good job; However, in the eyes of the legal system, you are officially considered an adult the minute you turn 18. The doors are finally open for you to vote, open your own bank account, do things without your parents consent, and even more. What is the point in turning 18 and being handed all of those rights and responsibilities when you can’t even freely choose to have an alcoholic beverage? Lowering the drinking age

There will be a decrease in larger risks.

As of 2015, the United States has the third highest rate of fatal vehicle accidents that are alcohol related. Each country that falls behind the U.S. has lower drinking ages and a considerably less amount of fatal drunk driving accidents per year. If the drinking age was lowered, this might mean that there would be less demand for DWI lawyers, since there could be fewer fatalities and possibly fewer accidents overall.

There will be people drinking underage — it is inevitable.

Research shows that lowered drinking ages almost completely eradicate the need to feel cool when it comes to drinking. Part of the reason why there is so much underage drinking that occurs in America has to do with the thrill of it all — finding someone to buy for you, hiding it from your parents, looking cool for friends. All of this goes to show that it will never matter what the drinking age is, people will find ways to challenge the system and figure it out. The legal age of 21 just pushes younger adults to want to drink even more. Some states allow underage drinking in a very loose manner. This means that people are allowed to drink underage as long as it is supervised by parents and in the privacy of their own home. Otherwise, you could be facing some consequences.

All in all, the drinking age in America should be lowered. It is almost like picking your battles. While yes, there are plenty of downsides to the whole idea, there are just as many upsides. It is extremely disappointing to U.S. citizens that we are allowed to serve the country and put our lives on the line, but we are not eligible to sit down and drink a beer in public. Perhaps a lowered drinking age with regulations would be more fair. Either way, it is best to abide by the law, but still stay hopeful for change.